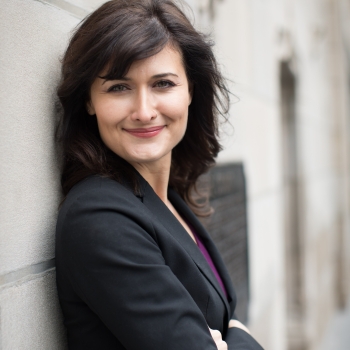 Amy Guth is a filmmaker, journalist, broadcast host and author. She hosts talk radio on WGN Radio in Chicago, is president of Association for Women Journalists Chicago, and serves as a mentor-editor and senior facilitator at The Op-Ed Project‘s Public Voices Fellowship, which has led her to work with experts and academics both in the US and abroad. She is currently producing and directing a documentary series about women and online harassment.

Guth has spoken at colleges, universities, literary festivals and technology conferences about multimedia journalism, book promotion, writing, editing, social media and SEO, and has taught in the Chicago Tribune and other US newsrooms about digital media for journalists. She also co-hosted the long-running Chicago reading series, RUI: Reading Under The Influence, for four years.

Guth is the author of the 2006 novel “Three Fallen Women,” and her work is included in the anthologies “What Happened to Us These Last Couple of Years?” and “6S, Vol. 2.” Guth’s work was was listed among StorySouth’s notable stories, was a Million Writers Award nominee, and she was named to the Chicago Newcity Lit Top 50 list.

Previously, Guth was publisher and oversaw operations of RedEye and Metromix at Tribune Publishing Company, and social media and search engine optimization at Chicago Tribune, where she co-wrote a social media column and co-hosted the ”30 Second Social” instructional series. During this time, she also served as a founding advisory panel member of Social Media Week Chicago.

Guth also served as digital editor for Chicago Tribune’s books section, Printers Row, where she covered the then-rise of digital publishing and literature. In 2007, she founded and served as executive director of Pilcrow, a small press literary festival.